My Man and His Monarchs

My man loves butterflies. He loves most bugs to be honest, but he especially loves Monarch Butterflies. One day about a month or so ago, he was supposed to be pulling weeds with me, but he was lagging behind. I went to check to see what was taking him so long and found him to be extremely excited while hovering over a milkweed plant.

Me: What are you doing?

Him: You have no idea how excited I am right now.

Him: I noticed the leaves on this plant had some tiny holes, so I had to check to see… And YES, there are two baby monarch caterpillars.

Me: Really? Is that a big deal? This is why you’re not pulling weeds?

Him: I’ve been letting these milkweed plants grow for years hoping some day I would see baby caterpillars.

Me: Really, I just thought you were too lazy to mow over here. LOL

So, he basically started to document the life of these little guys. We took several pictures along the way. We watched them get bigger and bigger.

His original intent was to leave them in their natural environment, but after a week, one was missing. At first he thought it had just moved to another plant because they evidently don’t like to share the same space. Honestly, these things poop as much as they eat, I wouldn’t want to share a space with one either. LOL Who knows… Maybe it was eaten by a bird. It’s really hard to say.

Hang on… We gotcha covered

After losing one, he decided to make them a safe place to thrive. He got a couple of cardboard boxes and some breathable landscape fabric to cover the boxes. Each day, they would eat and poop, eat and poop. After about 2 weeks (I think) they crawled to the top of their box and attach themselves to the fabric.

How does he know all this?

I continued to be surprised at my hubby’s knowledge of this process even though I know he did this at least once before, when he was a kid. He said that once it was at the top, that the next day it would be a chrysalis. And he was right, again.

Each day we would check their progress and finally after about two weeks or so, they turned from green to reddish. Once that happened, he said, “it will come out as a butterfly tomorrow”. Right again.

One morning he left for work, I went to check on the butterflies and saw that the reddish chrysalis was now black. I took a picture and sent it to him. Sadly, he didn’t see my message until over an hour later. I thought this was going to take all day, but when I came back to check on it a little over an hour later, it was all they way out with full wings. In case you don’t know, they are very scrunched up in that chrysalis, so it takes a bit for their wings to expand to full size.

He continued to find a couple of other caterpillars as the weeks progressed, so they were all at different stages of growth. This was really good because it gave me time to learn a few things.

We are down to the last chrysalis and we know it’s going to emerge tomorrow. I don’t know how to video this, and because they all seem to like to do this in morning, on a weekday, while my hubby is at work, I feel like I need to figure something out. I have about 20 minutes before this little guy was going to emerge. I know this now because it already happened. I did not know at the time. I finally figured out how to clamp this phone/light thing onto to the frame and do my very first time lapse video with my cell phone. I know this is not the most impressive nature video out there, but I’m pretty pleased with it. 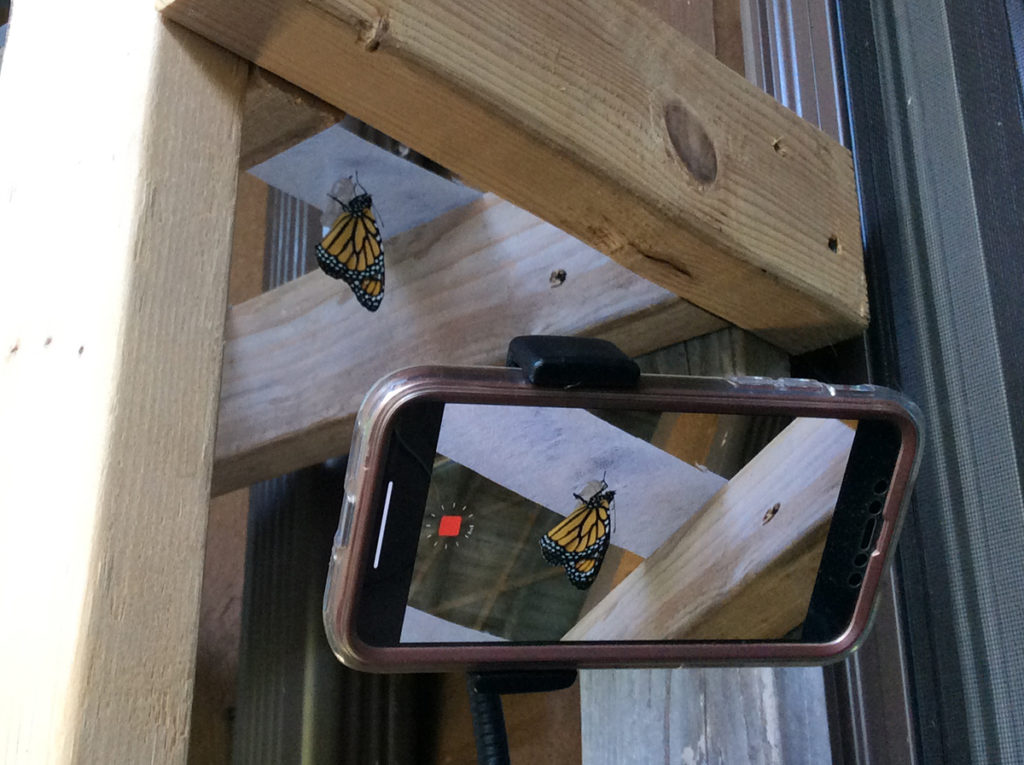 I camped out for the duration because I thought I may never see this again. This video may seem short, but this took hours. I’ve watched it about 20 times now, and I love slowing it down to watch is even slower.

I want to thank my super awesome hubby for giving me this experience.

You are the best husband and I love how much you love nature. xoxo

I can’t tell you how amazing it was and how grateful I am to have been a part of it. I’m especially happy I was successful in getting  the video because he missed all the other butterflies as they emerged into the world. I’m very lucky to be married to such an interesting person. He continues to open my eyes to things that were always there, but I didn’t see.

P.S. I made some Monarch Sugar Cookies to celebrate the occasion. Follow the link for the recipe and some more videos. 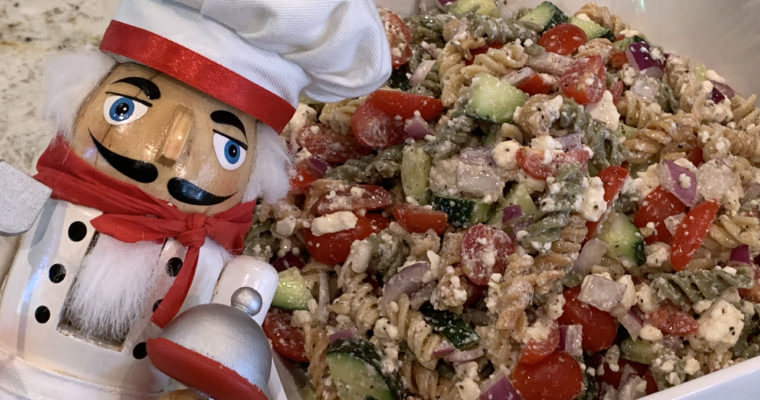 Eclipsapalooza 2017 Living in the Midwest was especially cool this year because we got to experience the solar eclipse. Our wonderful friends (Ann and Rick) were gracious enough to host a spectacular Eclipsapalooza party in Columbia, Missouri. It’s  only a one and a half hour […] 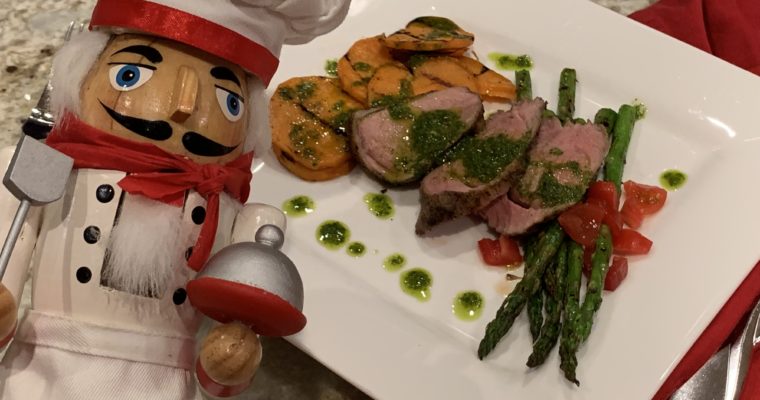 Well, the Game of Thrones finale may have been disappointing, but my dinner was a hit! I originally wanted to do a pig roast. Not your ordinary pig roast, but cooked via sous vide, then on a spit. I saw the idea from ChefSteps® and […]